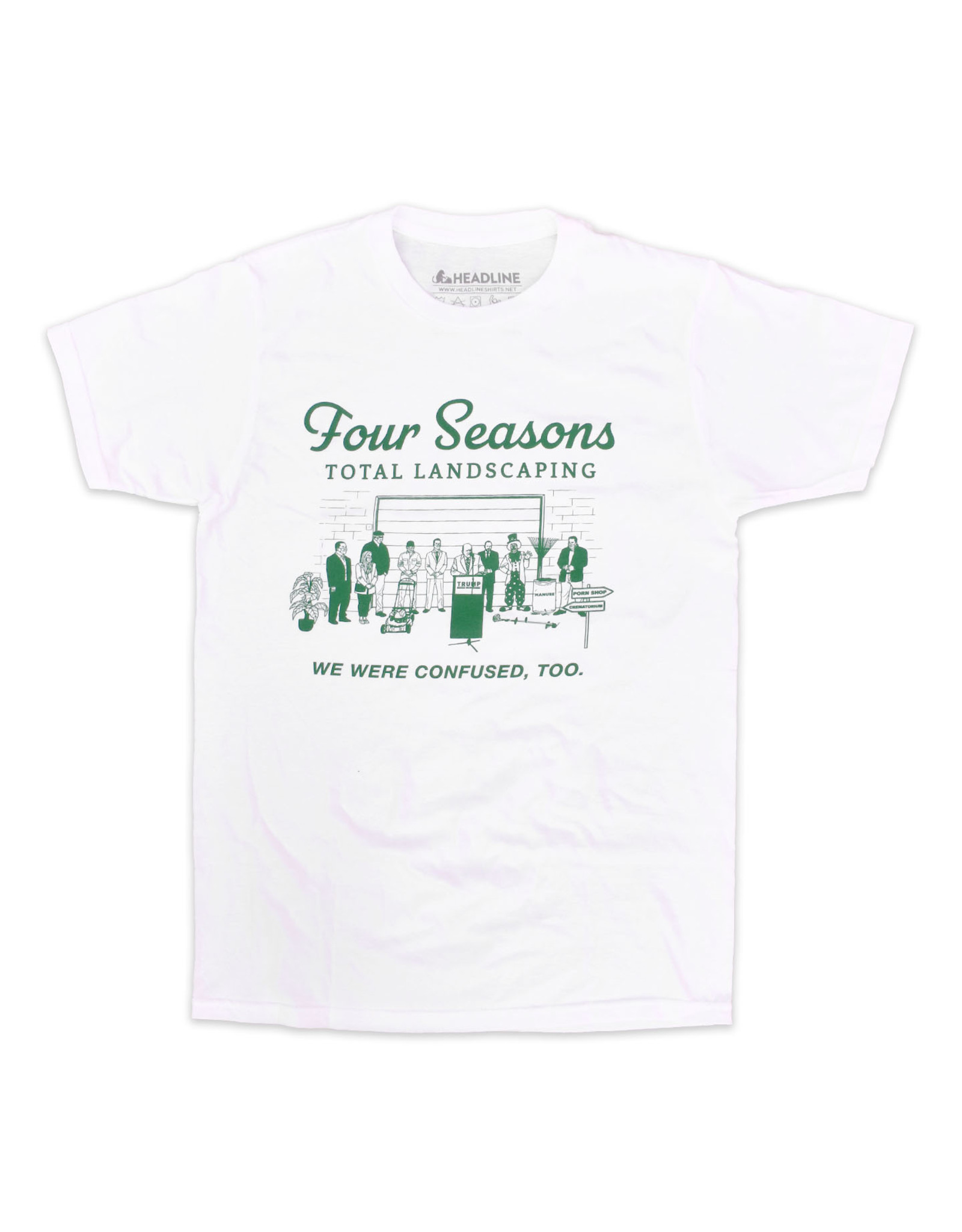 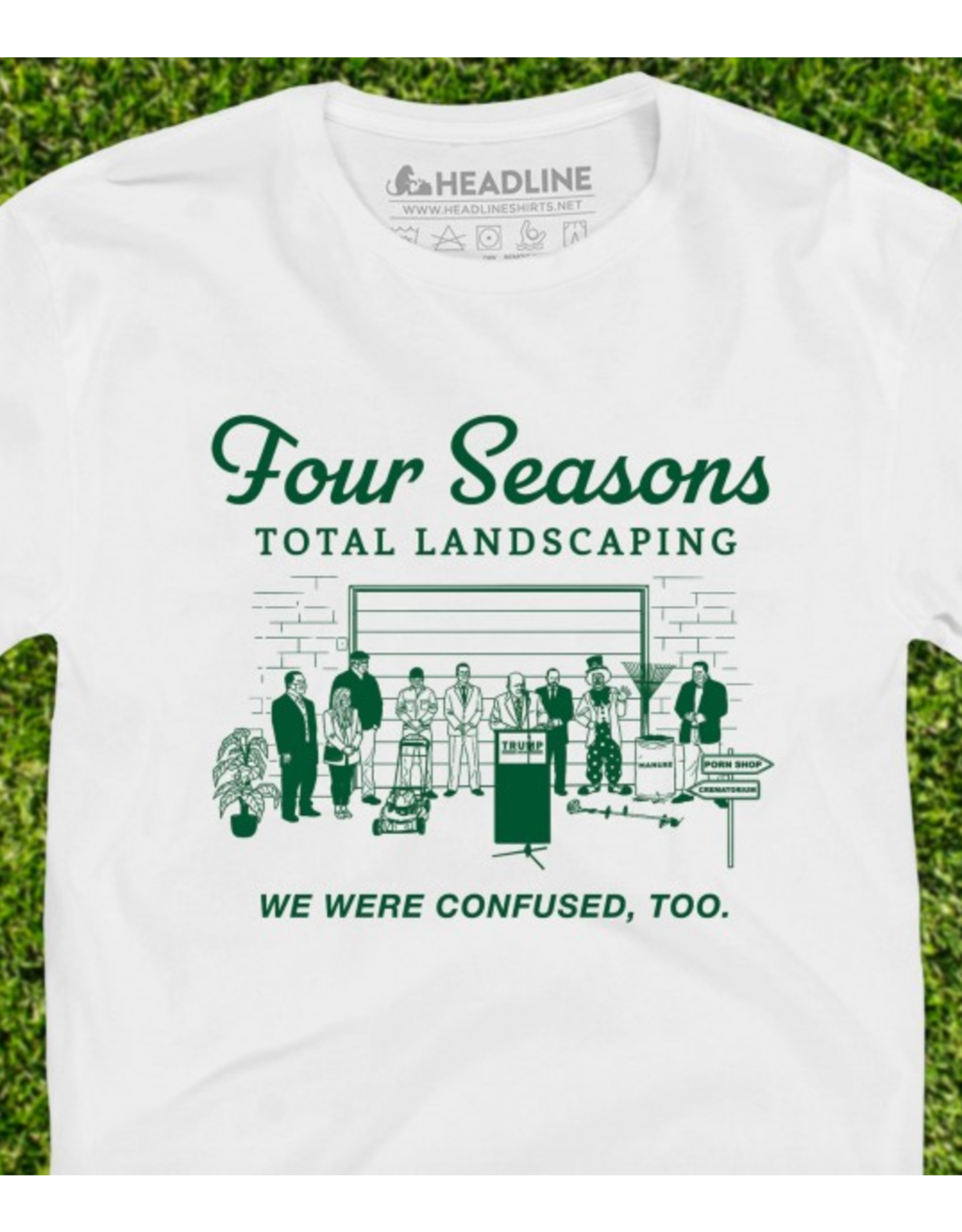 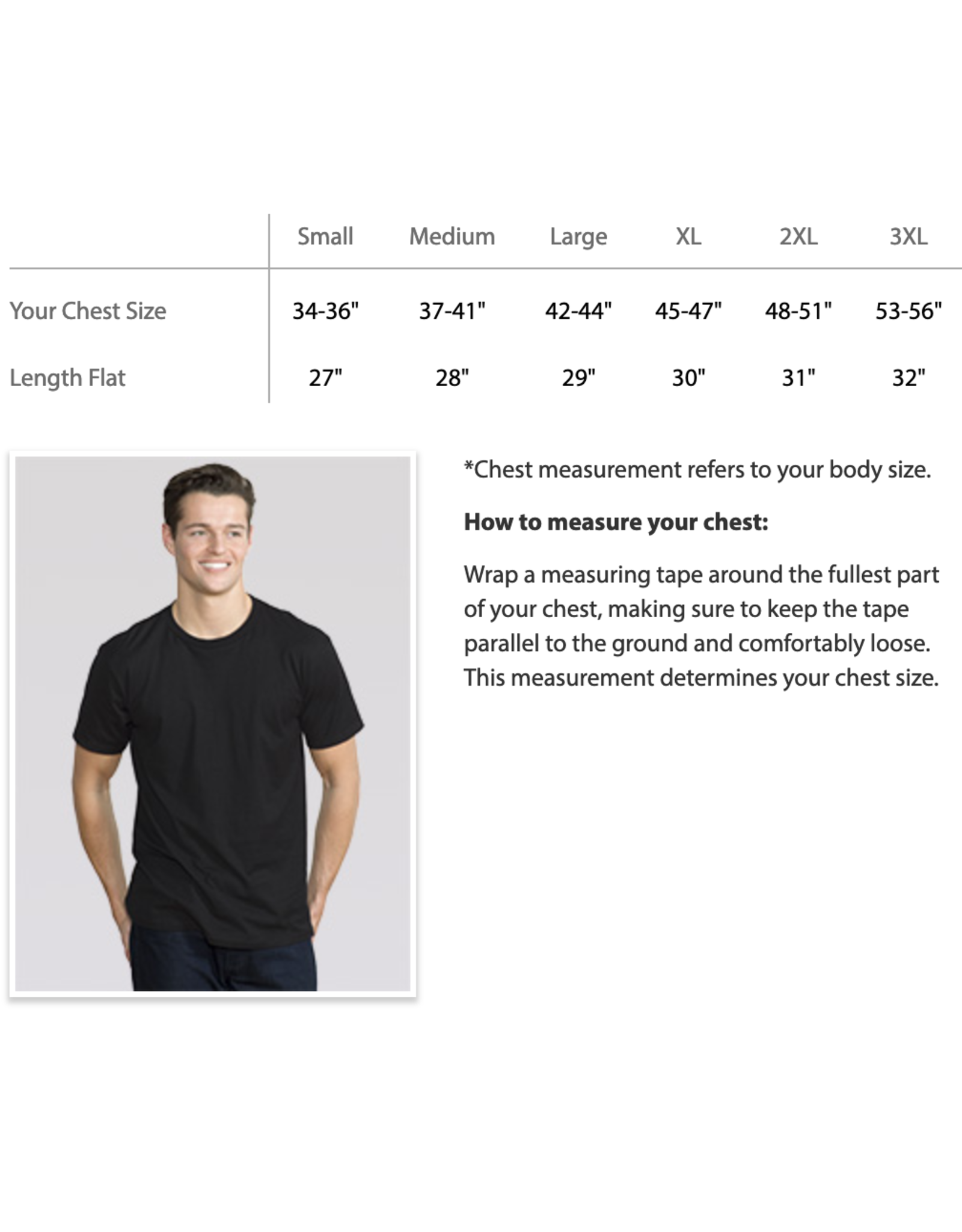 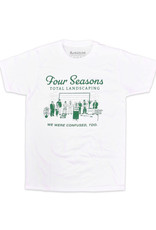 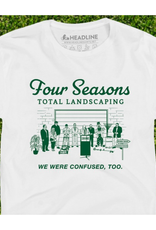 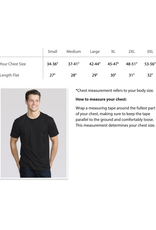 At Four Seasons Total Landscaping, we're more than just a lawn care company. We're the company you call when you think you've called the Four Seasons Hotel because you didn't look carefully in your mad dash to book a press conference. And we say, "Sure, why the hell not! We've got a garage door." Victorious, you hang up and inform your team. And you pretend you didn't hear the part about the garage door, because why would the Four Seasons Hotel be talking about a garage door? You probably just misheard the guy.

Then your boss tweets out, "PRESS CONFERENCE AT THE FOUR SEASONS!" And you get a wrenching feeling in your gut. Maybe you should double check that number you called, just to be sure. Then your face turns white. Your mouth goes dry. Your world caves in. As you realize you have summoned the international media to the back lot of a Philly landscaping company, which is located between a sex shop and a crematorium.

So you do what anyone would do. You pretend it wasn't a mistake. Problem solved! And a short while later, Rudy Giuliani is speaking in tongues to a severely confused group of reporters, as news networks begin to call the election for your boss' opponent. Also, is that a rodeo clown?

Four Seasons Total Landscaping: Yeah. We were confused, too. 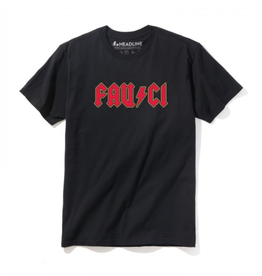 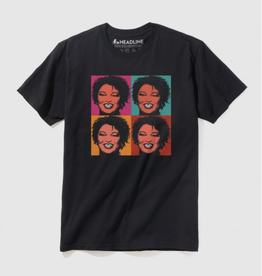 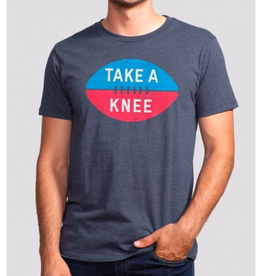