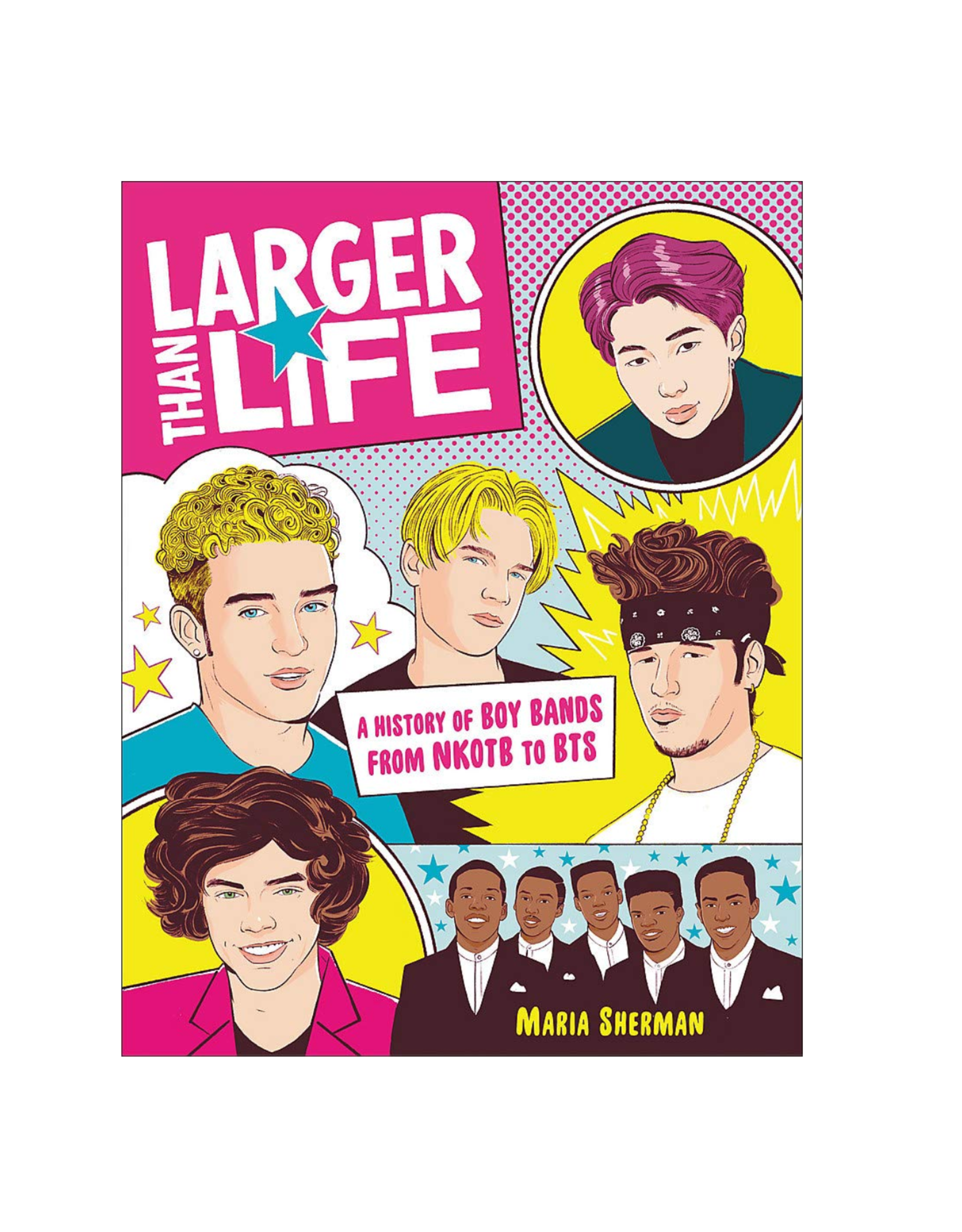 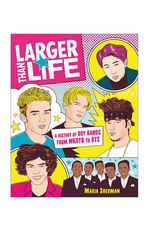 Larger Than Life: A History of Boy Bands from NKOTB to BTS

This nostalgic, fully-illustrated history of boy bands -- written by culture critic and boy band stan Maria Sherman -- is a must-have for diehard fans of the genre and beyond.

The music, the fans, the choreography, the clothes, the merch, the hair. Long after Beatlemania came and went, a new unstoppable boy band era emerged. Fueled by good looks and even greater hooks, the pop phenomenon that dominated the '80s, '90s, and 2000s has left a long-lasting mark on culture, and it's time we celebrate it. Written by super fan Maria Sherman for stans and curious parties alike, Larger Than Life is the definitive guide to boy bands, delivered with a mix of serious obsession and tongue-in-cheek humor.

Larger Than Life begins with a brief history of male vocal groups, spotlighting The Beatles, the Jackson 5, and Menudo before diving into the building blocks of these beloved acts in "Boy Bands 101." She also focuses on artists like New Edition, New Kids on the Block, Backstreet Boys, *NSYNC, One Direction, and BTS before ending with an interrogation into the future of boy bands. Included throughout are Tiger Beat-inspired illustrations, capsule histories of the swoon-iest groups, in-depth investigations into one-hit wonders, and sidebars dedicated to conspiracy theories, dating, in-fighting, haters, fan fiction, fashion (Justin and Britney in denim, of course), and so much more.

Informative, affectionate, funny, and never, ever fan-shaming, Larger Than Life is the first and only text of its kind: the ultimate celebration of boy bands and proof that this once maligned music can never go unappreciated.
Add your review
0 stars based on 0 reviews
Add to wishlist / Add to compare / Print