The Beast in Boston Harbor Print 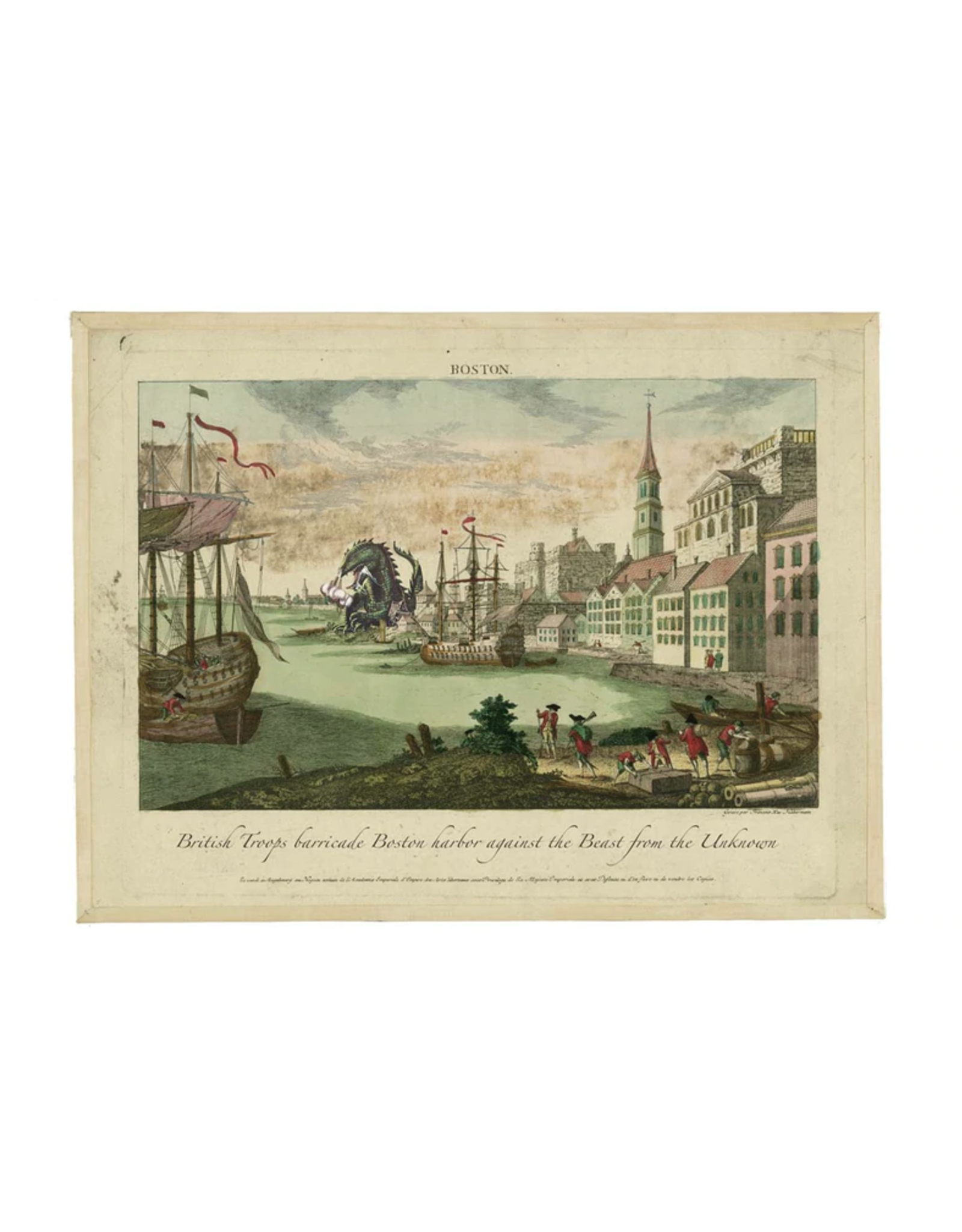 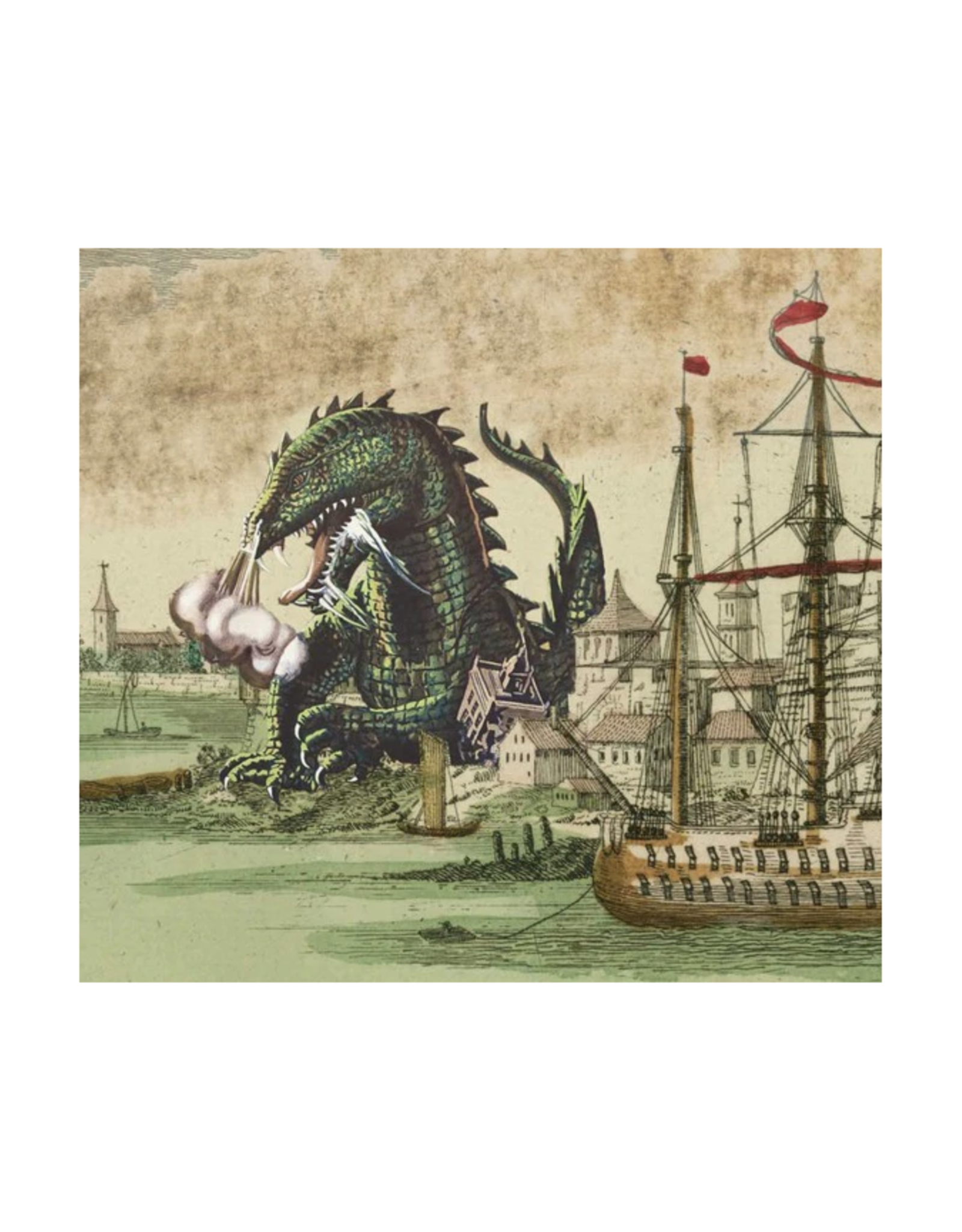 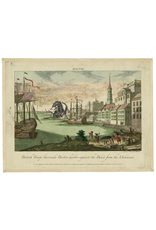 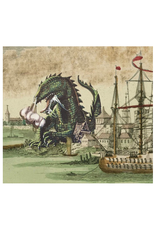 Comes with this description: "European artist Franz Xaver Habermann created this engraving sometime in the early 1770s. It shows the early days of Boston Harbor and is designed to emulate the feel of a typical European city and create sympathy for the colonies. Adding to a viewer's feelings of empathy is the appearance of the Beast of Boston Harbor, who regularly ravaged the residents of the town. The Beast was eventually dispatched with the dumping of hundreds of pounds of tea into the harbor by intrepid citizens who correctly surmised that the bitterness of the leaves would drive the creature away. Unfortunately this “Tea Party” was seen as a revolutionary act by the British troops, which led to some degree of unpleasantness." 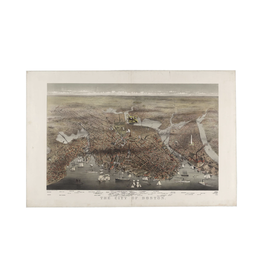 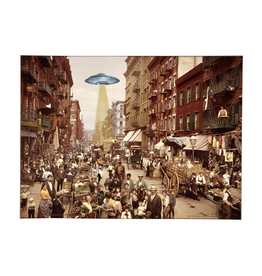