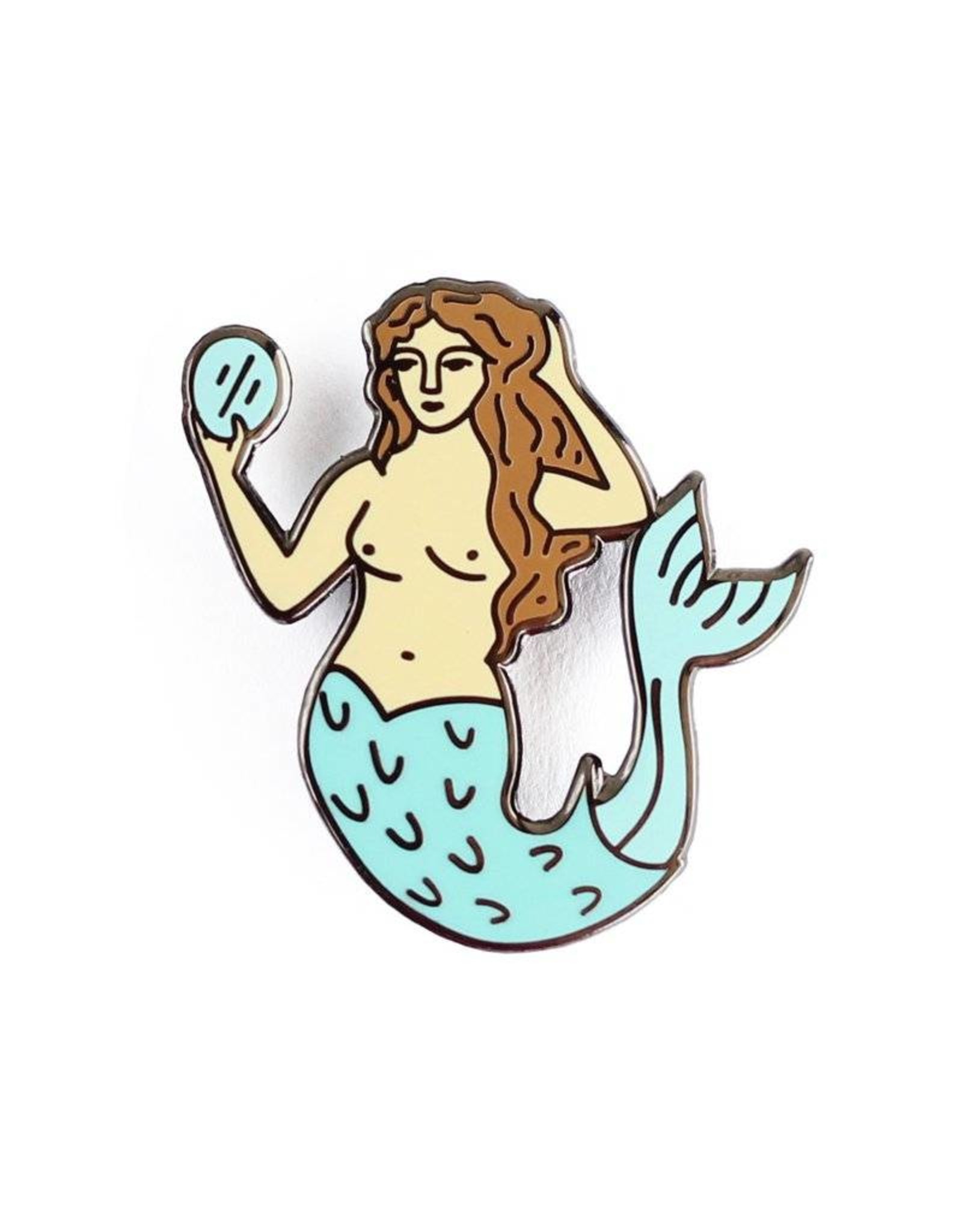 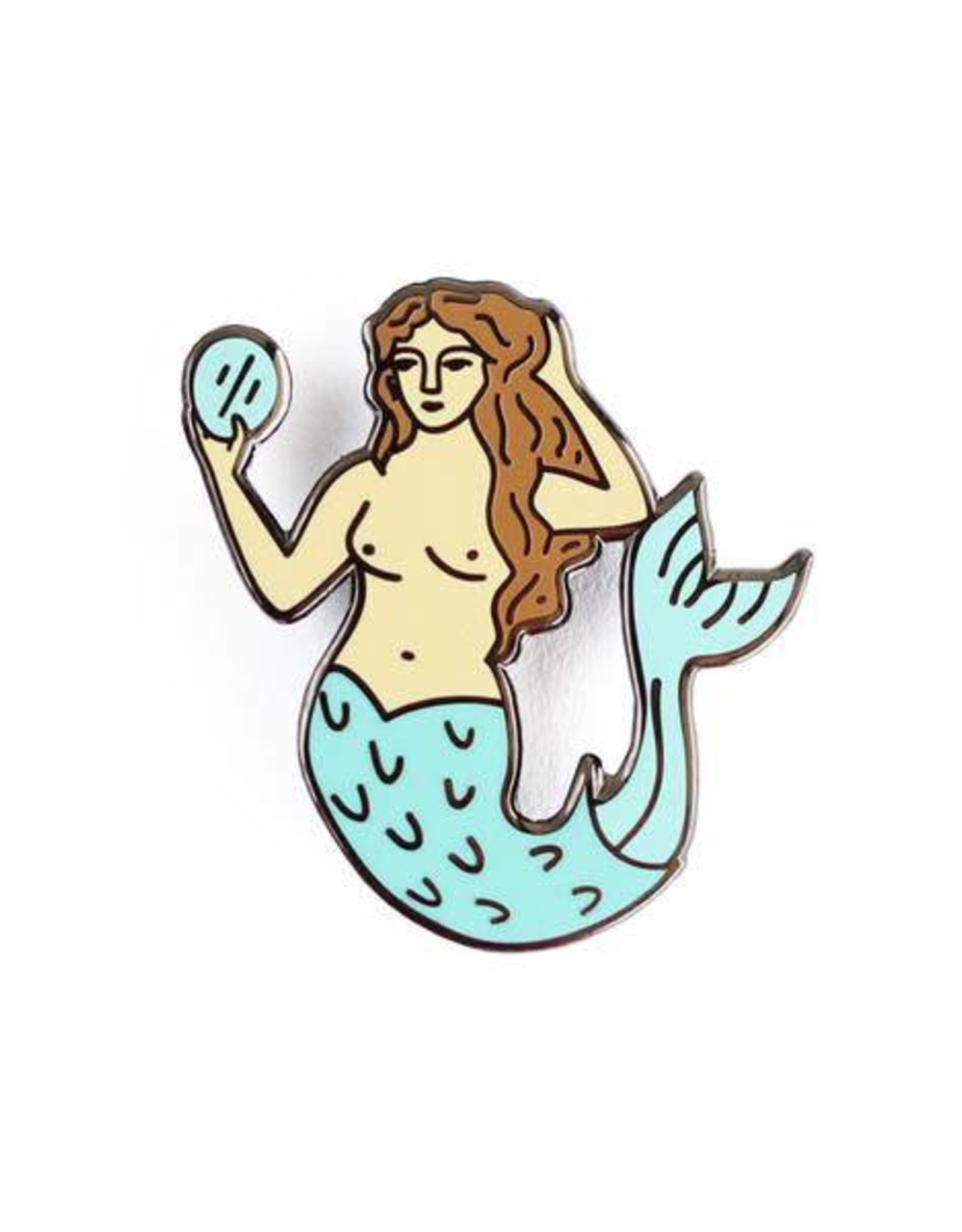 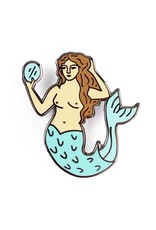 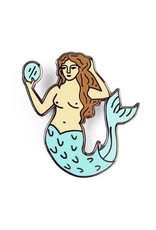 THE SIREN: Sirens lure sailors and fishermen to their deaths with their hypnotizing songs, causing them to leap from their decks or wreck their ships upon their island rocks. In original Greek texts, they are bird-like creatures, but in medieval times they began to be conflated with mermaids and their embodiment of vanity and lust. In the Odyssey, on the advice of Circe (another nasty woman for the ages) Odysseus is able to hear their song as well as survive by having his crew bind him to the mast while they fill their ears with beeswax so they can block out the song. Who knew feminine wiles could be so harrowing?!

Our siren is admiring her own reflection, biding her time until the next ship approaches.

Details, details:
- 1.2" tall with one post for a snug fit
- Finished in black nickel
- Comes with a backer card and rubber clutch