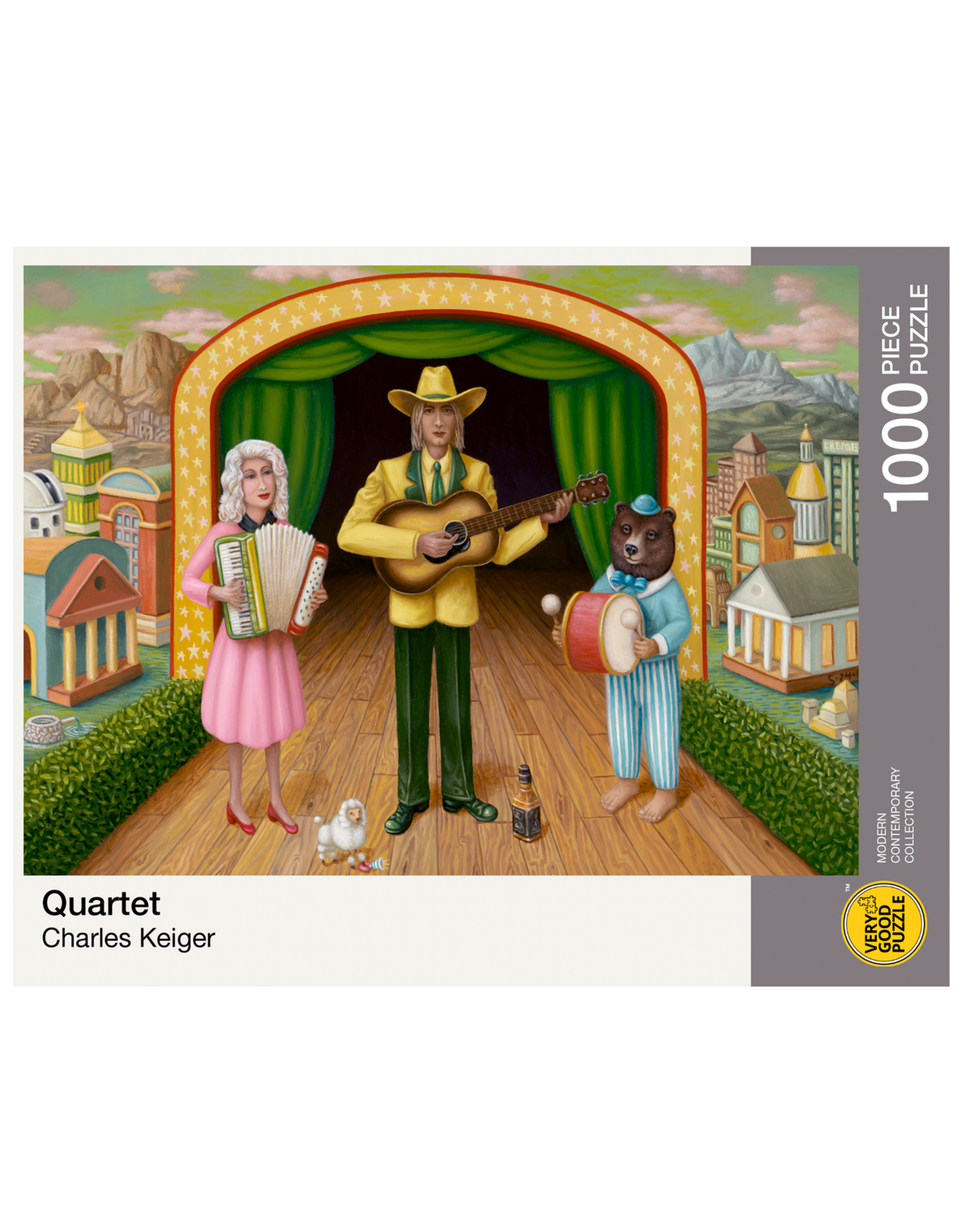 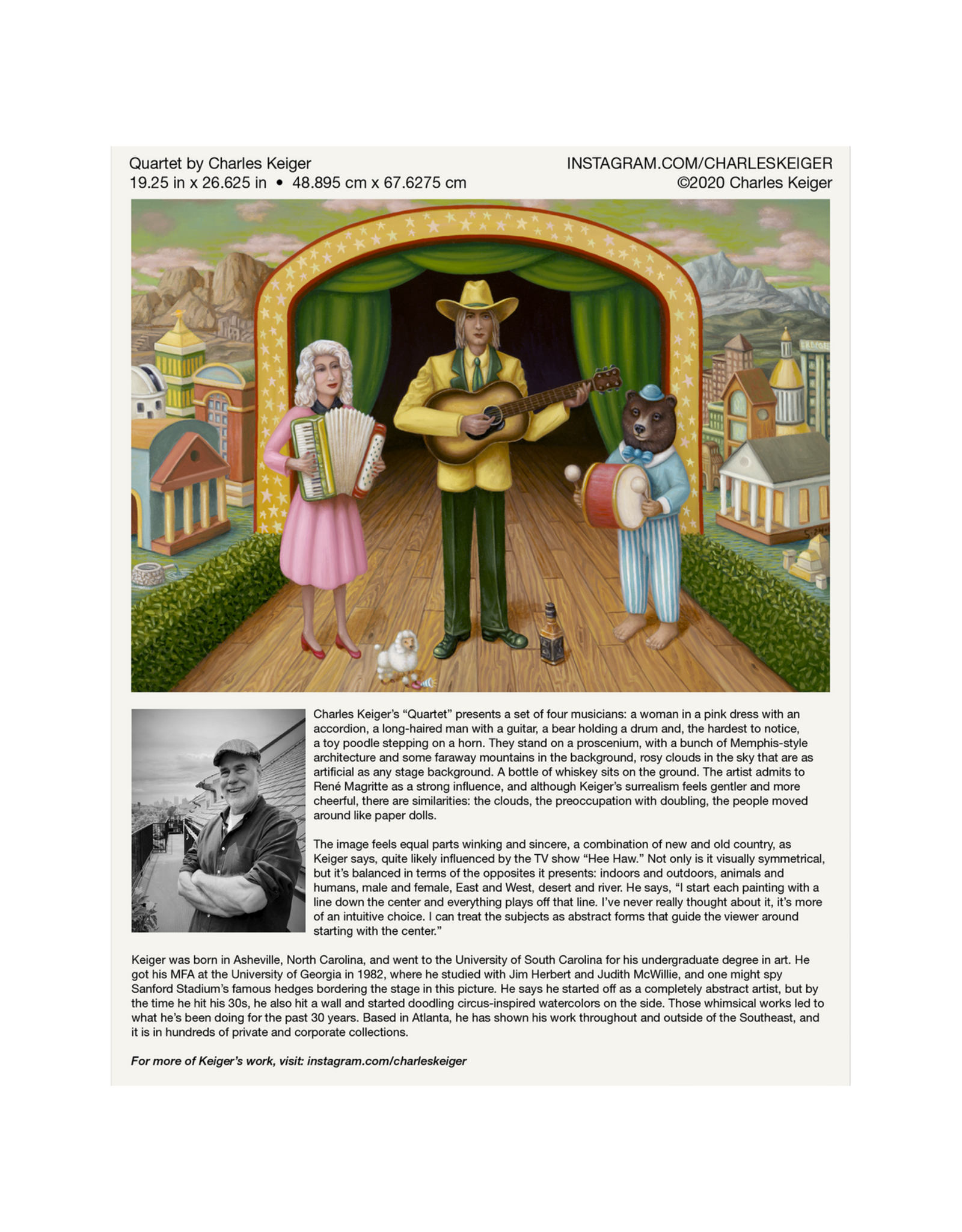 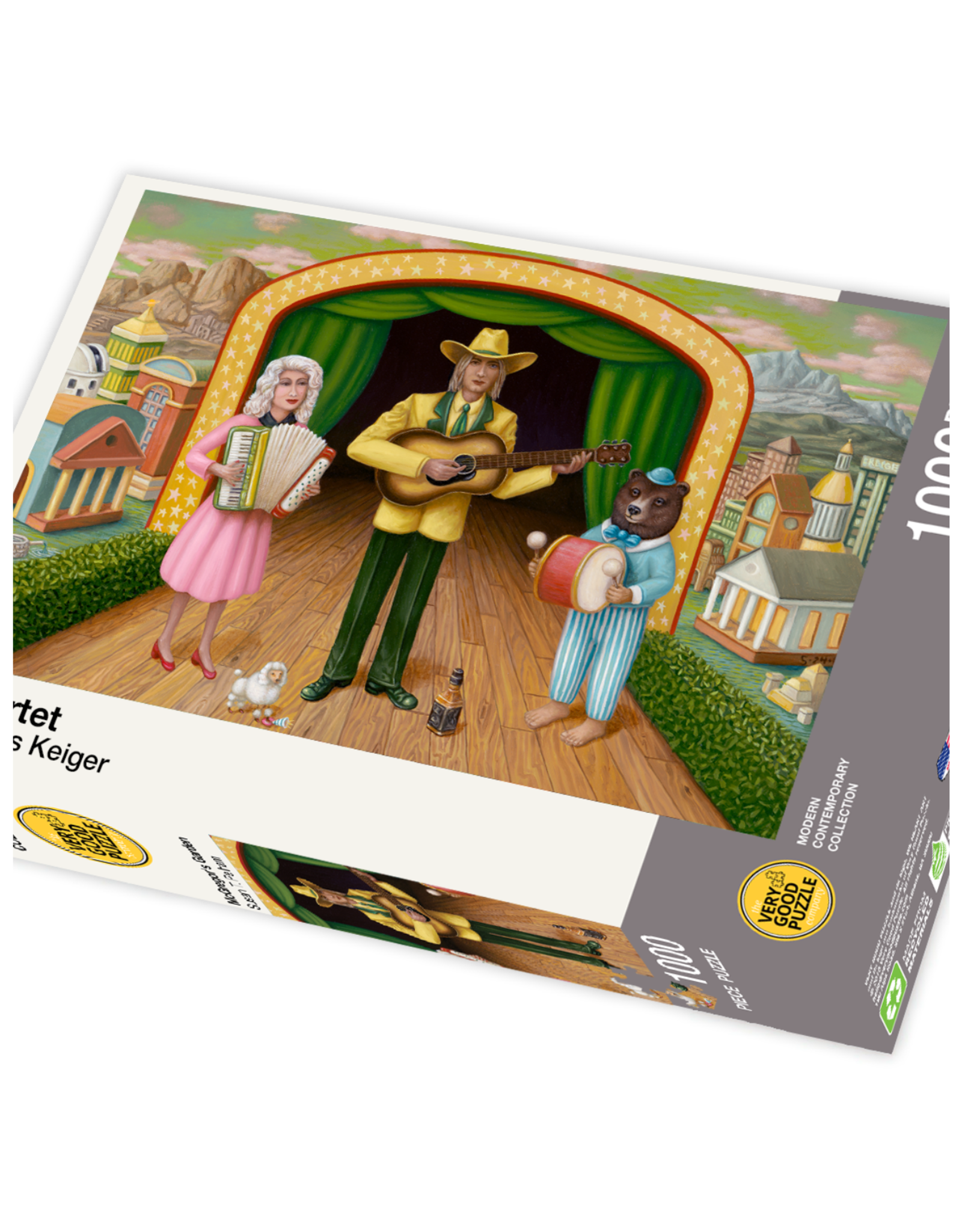 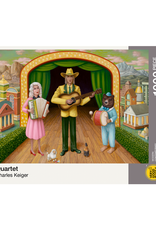 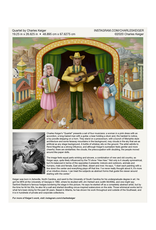 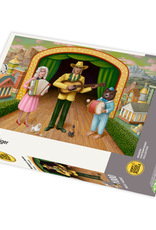 Charles Keiger's "Quartet" presents a set of four musicians: a woman in a pink dress with an accordion, a long-haired man with a guitar, a bear holding a drum and, the hardest to notice, a toy poodle stepping on a horn. They stand on a proscenium, with a bunch of Memphis-style architecture and some faraway mountains in the background, rosy clouds in the sky that are as artificial as any stage background. A bottle of whiskey sits on the ground. The artist admits to René Magritte as a strong influence, and although Keiger's surrealism feels gentler and more cheerful, there are similarities: the clouds, the preoccupation with doubling, the people moved around like paper dolls. The image feels equal parts winking and sincere, a combination of new and old country, as Keiger says, quite likely influenced by the TV show "Hee Haw." 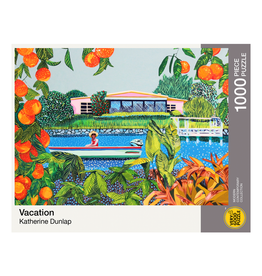 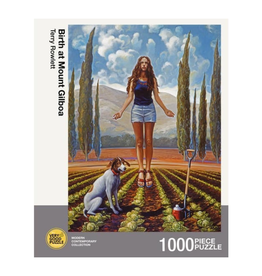 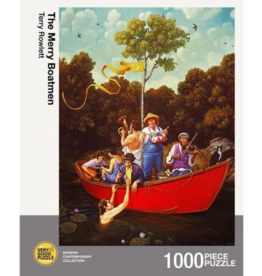